A new update of Scrum Guide was released in Nov. 2020 which contains an exciting change in the content and how Scrum Framework evolved! In this article, I like to share my views on the changes.

We developed Scrum in the early 1990s. We wrote the first version of the Scrum Guide in 2010 to help people worldwide understand Scrum. We have evolved the Guide since then through small, functional updates. Together, we stand behind it. – Scrum Guides. Ken Schwaber and Jeff Sutherland

New things in software always come with new things that keep bumping up the features, but ScrumGuides always makes sure it’s simple, small and easy to understand. The Guide has reduced from 19 pages to 14. The content is so specific, precise and made it less prescriptive.
It is perfect for real Agilists who read it, but for beginners, it still more confuses them its good to have some experienced people to helps you in How part of the Guide maters when you try to implement Scrum.

Scrum is like your mother-in-law, it points out ALL your faults

2, One Team, Focused on One Product

I like the emphasis on One Team One Product. In my experience, this is not followed in many teams. How to implement this,  matters a log. The guide doesn’t suggest anything you have to use your Empiricism to find out. Instead of Development Team from now its Developers, which sounds really interesting.

Empiricism asserts that knowledge comes from experience and making decisions based on what is observed.

Here comes a missing piece for quite long. Scrum is all about how we deliver, but where is Goal for the product you building? For a new project, when PO is also new and the Developers in Forming or Norming stage, I suggest having a Product Canvas for the team which gives all the details of the Product. Now it becomes a norm which makes it more sensitive. Now the Scrum Team have a full picture and goal set to Product Goal. Continuous again to # 4

INo Heroics. If you need a hero to get things done, you have a problem. Heroic effort should be viewed as a failure of planning.

4. A Home for Sprint Goal, Definition of Done, and Product Goal

Now the emphasise of Scrum Goal and Definition of Done(DoD) makes sense. Now the sync makes sense as :

What ?! “Previous Scrum Guides referred to Development Teams as self-organizing, choosing who and how to do work. With more of a focus on the Scrum Team, the 2020 version emphasizes a self-managing Scrum Team, choosing who, how, and what to work on.”  – Scrum Guide 2020.
The quote from the Guide explains everything perfectly.
My request for “To Whom It May Concern'”  read the italicized para, again and again, if you don’t understand your past and reread it a few times, you will definitely understand!

It is What, and How need to be discussed, but why is it considered for Sprint Goal. Suppose teams have followed As a. I want… So that.. – is properly followed then this is easy to sync with the other goals.

Overall, it’s another interesting change with the same goal in mind to make the framework simple, clear, small and precise. Whoever you are, whatever certificate you did, whatever playbook you read for any Scrum practitioner, Scrum Guide is a commandment for to those who like to learn The Art of Doing Twice the Work in Half the Time!
If you like to read more on Agile follow my Agile Category

Indoor garden in my apartment with balcony tour

How can organization foster Agile 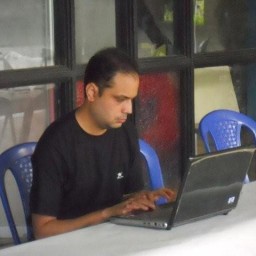 How can organization foster Agile